We are a leading service allowing eBay sellers to list products on other marketplaces. Manage your items on eBay like you’re used it, we will do everything behind the scenes. Our customers never sold anywhere else besides eBay and now they're on Amazon, Shopify, Etsy, and eBid.

We created a solution
for eBay sellers

A successful eCommerce seller is a seller that sells a lot.
We found a way to offer eBay sellers access to multiple marketplaces without a need to learn all of their policies. With a simple setup on ExportYourStore, it is now possible to dynamically sync your eBay inventory with Amazon, Shopify, Etsy and eBid while keeping your selling experience the same as before.

Learn more
Avner Cohen, CEO of ExportYourStore started selling on eBay over a decade ago and although he was doing well he wanted to find a way to expand his business. At that time, he worked as a developer at Kodak and hustling his eBay business in the evenings. He had a problem though - time. There was never enough time to make enough profit from eBay selling alone and Amazon was too hard to get into.
Even today, Amazon is not an easy marketplace to start selling at.
So, he had a brilliant idea - to develop a solution that will sync his listings with Amazon. He realised this could be a deal breaker for many sellers like him and so he decided to focus on his new project and invest more time for it because it would mean he could create an opportunity for other eBay sellers to expand their business. That's how ExportYourStore was born. Now, it is already tripling profits for eBay sellers with zero extra time investment because everything is done completely automatically. 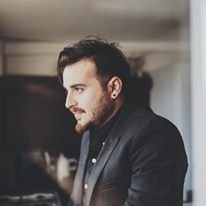 Here's Who We Are!

We will send you only notifications about platform updates.

Thank you! Your submission has been received!
Oops! Something went wrong while submitting the form.